The UK government has recently brought back an old idea about plastering “Funded by the UK government” on lots of things in Scotland, with a big Union flag somewhere.

This is supposed to make us forget about the various disasters that the UK govt seem to be hoping will just miraculously disappear by themselves.

However, sticking “Funded by the UK government” on lots of things does seem like a fun idea. Anyone can play, it’s free and it doesn’t take up much of your time.

For example, here are 11 of them I managed to knock out in lunch break. Feel free to download.

“Over and over again, we have seen that there is a power in this Country, other than that which has its seat at Westminster. The City of London, a convenient term for a collection of financial interests is able to assert itself against the Government of the Country. Those who control money, are able to pursue a policy, at home, and abroad, contrary to that which is decided by the people.” – Clement Attlee

Here is an excellent documentary about the UK’s offshore tax havens.

The 172nd episode of The Scottish Independence Podcast is a speech given by Clive Ponting.

Ponting is a famous whistleblower who exposed the UK Government over the sinking of The Belgrano, an act many believe to be a war crime. He has also authored a number of books exposing various levels of skulduggery and/or incompetence at Whitehall.

This episode comes from a recent talk he gave in which he goes into those things, but also why he now resides in Scotland, why he loves it, and why he supports Scottish Independence.

(And from me a wee thanks to Phantom Power, he knows why). 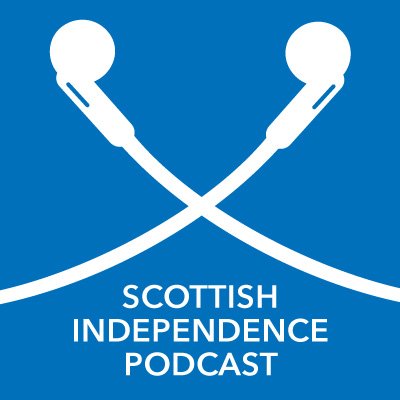 For the 152nd episode of the Scottish Independence Podcast I’ve pulled together some of the recent notable comments by some pro-indy folks and by some unionists.

The Tories seem to want to deny everything, some people are trying to ramp up the hysteria and others are trying to calm it all down. In the middle of it all Gordon Brown made another intervention, and then went away again without anyone noticing.

Apart from that, the BBC edited Nicola Sturgeon rather sneakily, and there are two comments, both radically different in tone, from interested parties south of the border.

Faced with the complexities of it all, and so many possible ways that it could play itself out, it is easy to forget one or two of the potential outcomes of the Brexit situation.

One of them hit me tonight.

Before we get to the big one though, here are some of the policies a group within the conservative party pushed for in 2013…

These suggestions were made by a group of 40 Tory MPs in 2013, and they had 40 of them in total. The pretendy-left magazine The New Statesman, described it as “beyond satire”, however,  I think you’ll have noticed that a number of them have already come to pass and plenty more are on the way. 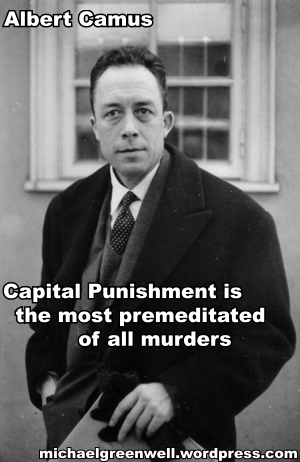 So they are having some success it would seem,  and if you read them all, you’ll see that there are more than those I listed above that are already here or on the way.

The one I am saving for last however, is one that, now that they are going to get their wish that the UK leaves the EU, will not have anything to block it.

At the moment a lot of people are asking who Andrea Leadsom actually is.

Well, a few folks have been digging around her blog and some of her statements, and it’s possible to see something other than what the Telegraph chose to publish in this piece.

This prompted the following response… 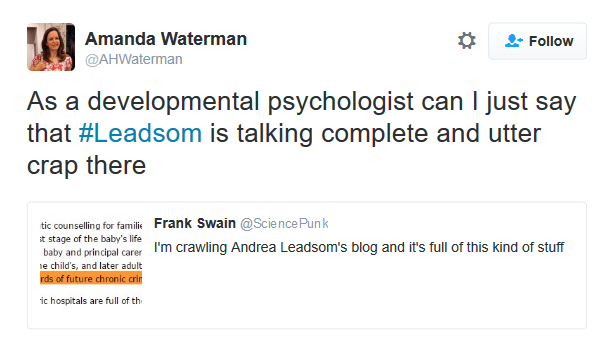 Furthermore, she might be one of the alternative “medicine” crowd… 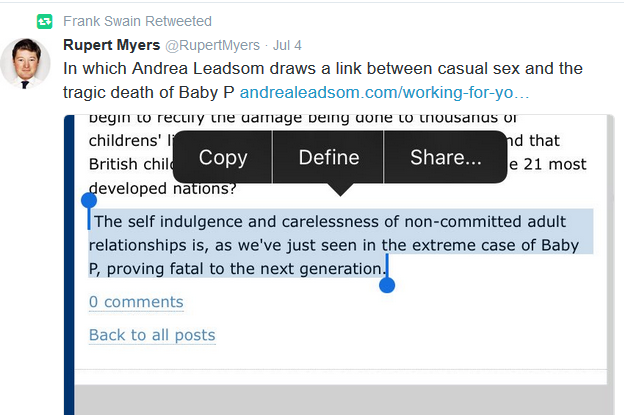 Most alarming of all, if true, is this…

On social issues, she doesn’t seem to like the idea of gay people being able to adopt children, at least not before heterosexuals get the chance…

Finally, as Labour MP Tom Blenkinsop tweeted, she seems to be saying here that she wants to get rid of all workers’ rights for a large section of the population…

So it’s going to be all change. A period of major turmoil is about to begin.

The pound has fallen dramatically, oil prices have gone up and markets are falling.

If this happens the way Farage, Gove etc want, “taking back control” and the “seismic change” people are talking about is going to involve stripping human and workers’ rights and lowering wages.

One important thing has not changed however.

Finally, I can’t agree with calling Scotland being pulled out of EU against its will after being told they had to stay in the UK to stay in Europe “ironic”. It is only “ironic” if you consider being lied to and then kicked in the balls to be “ironic”.

Yesterday I put up a post suggesting that with regard to whatever happens with Corbyn, we could expect to see differing headlines in the same publications, depending what side of the border you are on.

Never slow to disappoint, the UK media have obliged already. These pics from Gary Dunion…can you guess which is which? 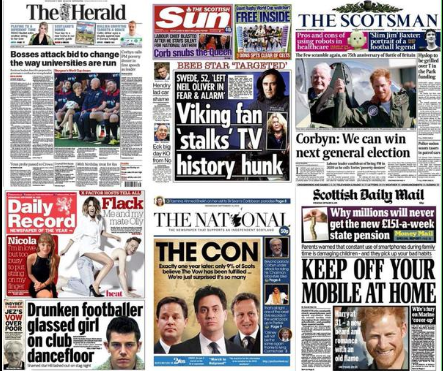 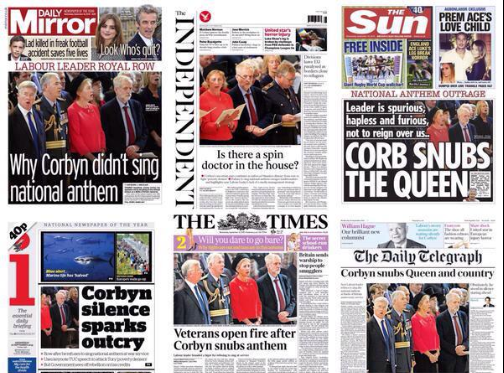 Of course it should be remembered that in the last few days we’ve had an outrageous Trade Union bill and the cutting of tax credits both helping to make the situation for workers in the U even worse. The whole Corbyn story makes me think of this…