A truly terrifying video from Deadspin…

The Scottish Independence Podcast is checking back in for 2017 and episode 141 is our way of starting it off by giving some time to our opponents (explicit content).

You can listen online at the show’s spreaker web page, or you can subscribe with itunes. We can alse be found on youtube and on facebook too.

There seems to be a weird tendency at the moment to portay Ruth Davidson as if she actually were the First Minister.

It doesn’t stop with the Daily Express though. Other outlets seem to go with the same tone, that being that Davidson is somehow capable of ordering anyone to be doing anything.

Therefore, I think it is important in the interests of clarity to lay out some of the rules…

The electorate said no to Davidson’s party at the last (and well, every) Scottish Parliament election. However, they will get another chance the next time around, that is called democracy.

In fact, that is very much like the referendum question. Scotland said no to independence in 2014, but things have changed, and we will get another chance.

So Adam Tomkins perhaps should realise that the electorate said No to having Ruth Davidson make any decisions or give any orders to anyone. But just like the Independence referendum, things will change for better or worse in the next few years and the Tories will get another chance.

Adam Tomkins was, of course, speaking (freely) in his capacity as an elected (not directly) member of the second largest party of the non-governing group in a democratically elected parliament in which no one party has an overall majority. 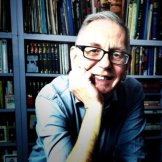 For the 135th episode of The Scottish Independence Podcast, I spoke with Richard Walker.

Richard is now the consulting editor of The National, but was also involved in the formation of that paper and the decision made at the Sunday Herald to begin openly supporting Scottish independence.

We talked about those decisions and why they were made,and how The National has been getting on.

As well as that, we tried to get our heads around some of the unusual media appointments that have been made recently, and what could or should be done about the media in Scotland more generally.

And of course, I asked Richard why he supports Independence for Scotland.

I was very happy to be interviewed and be half the subject matter (or a third if you count the dug) of the new short film by the excellent Phantom Power (his films are all here, and you can also hear him on the podcast here).

For the 130th episode of The Scottish Independence Podcast, I went along to the Glasgow office of the Common Space.

I tried to find out how the project got started, who works there, how they work and their plans for the future.

Listening to these conversations, I think you’ll get a feel for who is working there and their motivations. Those motivations and ambitions are journalistic, political, economic, technological and others.

And what have ostriches got to do with anything?

A little heads up about the new project by Phantom Power Films. His other work has been great, and I imagine this will be too…

Impartiality lies at the heart of public service and is the core of the BBC’s commitment to its audiences.  It applies to all our output and services – television, radio, online, and in our international services and commercial magazines.  We must be inclusive, considering the broad perspective and ensuring the existence of a range of views is appropriately reflected.

The above is from the BBC editorial guidelines on impartiality.

Try and keep that quote in mind as you listen to the BBC’s (most recent) hatchet job on Marxism. You can listen to it here.

I am not a Marxist but I did bristle a bit as with a combination of insinuation, overt statements and “Oh come now, it’s all just a bit silly and you’ll grow out of it”, the programme does its best to show that it’s all never worked before and couldn’t work ever, before bringing us on to the new Red Techno Menace.

I am eagerly awaiting the next documentary which will, in the interests of BBC impartiality of course, show why it is still relevant and why, just like capitalism, along with the horrors there have been a list of achievements by people following that ideology.

I suspect I may be eagerly awaiting for a long time, particularly given that the BBC, on the very same page about its guidelines, gives itself a get-out clause and an excuse for NOT having any kind of impartiality…

Due impartiality is often more than a simple matter of ‘balance’ between opposing viewpoints.  Equally, it does not require absolute neutrality on every issue or detachment from fundamental democratic principles.

I have an article on the Hillsborough situation that I will put out in the next few days but,  for the moment, I have to say that James O’Brien’s comments about Kelvin Mackenzie are a pretty good summation of one part of the story…