During the 2014 referendum campaign, the Better Together campaign, in such a way that it was difficult to decide whether it had been done with a lot of copy and paste or on the back of a cigarette packet in the pub, produced a list of 500 questions. It was co

mplete with typos and grammar mistakes too.

Some of them were ludicrous, such as “How much would a first class stamp cost in a separate Scotland?”, or “What is the Scottish Government’s strategy for achieving a separate Scotland’s membership of the World Meterological Organisation?”.

As another blogger pointed out, most of them could be answered by “we’ll fill in the application form” or “we’ll do the same as every other country”. However, I took a quick glance at the list again and think about where we are now. Where necessary, play around with the names of the countries and nationalities involved and see where that takes you.

The CRC has no website, publishes no accounts and does not reveal the names of its donors.

With Scotland In Union looking like a busted crap hand, rather than a busted flush, it is important to remember that shadowy groups of rich union supporters have other groups and are likely just to move their money to those ones.

We already know about some of them, and we can expect others to crop up. As independence supporters we need to keep our eyes open for them.

Here is just one example, it is a group that has a nice, neutral sounding name. This is done in order to give the media licence to pretend that any material they produce is honest and impartial public interest research…

The excellent Phantom Power has been publishing the next second series of Journey To Yes.

He is one of the most important assets the yes side have in this debate.

You can watch all of them on this site or on youtube.

(He also had me in one of his films, along with the Wee Ginger Dug. and some time ago I had him on the podcast.)

Worth reading and sharing…

A recent episode of the Lesley Riddoch podcast

mentioned a couple of things regarding what’s going to happen to fishing and agriculture in Scotland post-brexit. I felt what they were talking about was so important that we should go straight to the horse’s mouth, and then to the horses a***s (Mundell & Farage).

So for the 149th episode of the Scottish Independence Podcast I’ve pulled together the relevant comments and something fishy does indeed seem to be going on.

For the 136th episode of The Scottish Independence Podcast, I spoke with Robin McAlpine.

Robin is a political strategist and the Director of the Common Weal.

We talked about both logistics and strategy and how they are both equally important. We also spoke of what messages we need to be sending out and how to react to the inevitable negative tactics we will face from the unionist side in the next referendum.

For the 134th episode of The Scottish Independence Podcast, I spoke with Dr Craig Dalzell.

Craig recently wrote a paper outlining the possible currency options for an independent Scotland. This is important work because an aspect of the Yes side that was much criticised during and after the 2014 referendum was the perceived lack of a strategy on what to do about currency. I say “perceived” because much of it came down to perception, not fact.

We talked about why the 2014 plan may or may not have been right at the time, but probably wouldn’t be the correct strategy for indyref 2.

Would the Euro work? Scottish Pound? A crypto-currency?

We also talked about what the hell a crypto-currency actually is.

And of course, I asked Craig why he supports Independence for Scotland.

Yesterday, I went to this place… 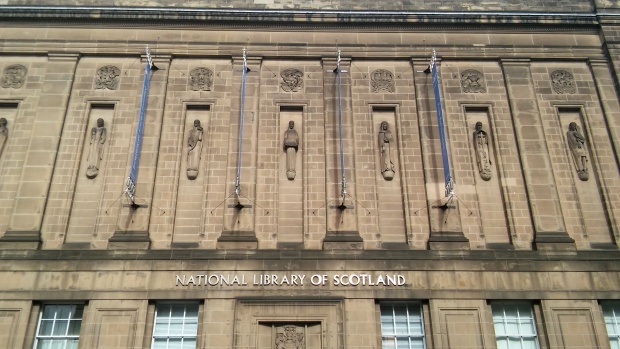 And so, if you were on the Scottish Independence Podcast any time before the referendum, you’ll be in the National Library of Scotland Referendum Collection from around September.

We all remember the people we met, campaigned, and often made friends with during the referendum campaign. However, were the people we met representative of the campaigners as a whole? Who were they all? If the Telegraph were to be believed then the whole campaign was just that one muscular guy in a kilt with his top off, as that seemed to be the only photo they used for the entire process.Was that really the case?

For the 126th episode of The Scottish Independence Podcast, I spoke with Dr Iain Black of Heriot-Watt University, who has conducted research with almost 1000 people who campaigned in the referendum to find out not just who the people were (age, gender, class, ethnicity), but also what people did and why they did it.

Which groups enjoyed the campaign more? Who did people think were more effective – local groups or the official Yes campaign?

The results of the study give some great insights into these questions and more.

Hope you enjoy it…