“How can I be guilty of treason when England is foreign to me?”

The shocking thing is that I could believe this when I saw it but nevertheless it is still infuriating.

School-leavers should be encouraged to swear an oath of allegiance to Queen and country, says a report commissioned by Gordon Brown on British citizenship.

Report author, ex-attorney general Lord Goldsmith, says it would give teenagers a sense of belonging.

Council tax and student fee rebates are suggested for people who volunteer – as well as a “Britishness” public holiday.

So, not only on oath to an outdated autocrat, whom in history some of the operatives of brought untold misery around the world and these days her puppet masters are busy doing the same thing but people will actually be given a financial reward for helping them celebrate it.

At least we got this much…

A Scottish Government spokesman said it did not support the plan and did not believe it would find favour with parents or school pupils.

When I was about 10 I was kicked out of the cubs (the scouts for younger kids) before I even joined it because I refused to salute the Union Jack and say an oath of allegiance. This wasn’t due to any particular political awareness on my part and more to do with the fact that the football team I support is antithetical to that sort of thing.

If it wasn’t enraging it might be funny. The author of the report stated …

He also stressed that he could not see why Republicans would not want to swear an oath, even though they may not believe in the present system of government.

Apparently it is all to help remind us of our ‘responsibilities’ and to remind us that we live in a tolerant and free society, ask you average asylum seeker how true that is.

I also wonder if those responsibilities include trivial things like, I don’t know, say getting legal authority to wage war or abiding by the European Convention on Human Rights?

The verses of the God Save the Queen that aren’t often sung are also possibly going to be changed. I think this is meant to be some sort of sop to the Scots in that they probably want to remove the fourth verse…

Lord, grant that Marshal Wade,
May by thy mighty aid,
Victory bring.
May he sedition hush and like a torrent rush,
Rebellious Scots to crush,
God save the King/Queen. 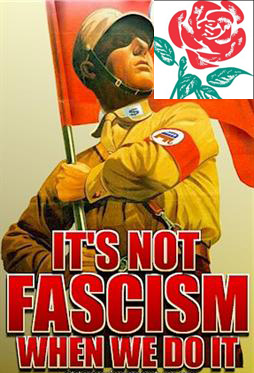